The following comments about my first feature film, Théorie of religion, is an extract from a chronicle on Offscreen which I completely missed back in the days (you can read it in full here).

I’m quite surprised by Jordan’s appreciation since it wasn’t really met by the festival circuit. This videowork didn’t quite receive the visibility it deserved, especially considering the current resurgence in popularity of VHS aesthetics and the figure of the dolls. On the other hand, I’m quite happy of the few occasions it was blasted on the screen and through sound system and it still has for me this mystical aura of an unseen evil… Read on. 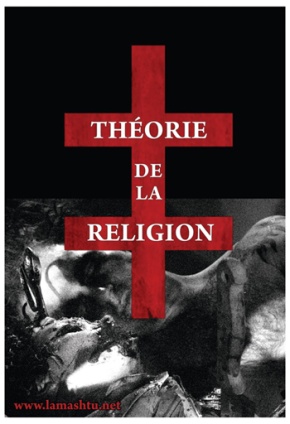 Théorie de la Religion, debut feature from Québec’s own Frédérick Maheux, presents 67 minutes of sexual violence committed against an inflatable doll. This is where Frank Zappa’s entourage would have taken their backstage sex-doll antics in Baby Snakes if their Jack Daniels had been spiked with Jacob’s Ladder.

Although most would label the film non-narrative, it does follow a formal trajectory marked by three conceptual intertitles. The first, from Pierre Klossowski’s Le Monstre, reads as follows: “I have always conceptualized a thousand times more than actualized, and I have always resented the nature that gave me the desire of an outsider while forever withholding the means to act on this desire” [my translation from French]. In these opening lines we find an echo of words attributed to Antonio Salieri in Milos Forman’s Amadeus wherein the composer decries a god that would allow him the musical capacity to fully appreciate Mozart’s genius without granting him the skill to emulate it. This is a recipe for bitter torment, a sentiment that seems to run through Maheux’s film to the core. And so the stage is set for a journey into the dark heart of the fantasy that can never be made real.

Théorie de la Religion begins by setting up the idea of the dangerous potential of pornographic fantasy. The first ten minutes intercut footage of violent acts committed against a sex doll with video footage of rape survivors giving court testimony and an excerpt of the final interview with infamous sex offender Ted Bundy describing his prison experience with other offenders who he says were all, without exception, deeply addicted to pornography. And so, as we spend the rest of the film watching the ritualistic abuse of the doll, we are invited to ask whether or not this type of behaviour is cathartic release or dangerous pre-cursor to taking these acts out onto the street.

Yet the film’s title suggests something more than just an exercise in the witnessing of depravity. Indeed, it reaches for the lofty goals of engaging with George Bataille’s influential work of philosophy by the same name, quoted in the second of the film’s intertitles mid-way through: “I pull you out, victim, from the world in which you were, and could only be, reduced to the status of object, an exterior sense of your intimate nature. I remind you of the intimacy of the world divine, the profound immanence of all that is.” Bataille’s book is an account of the rise of capitalism, but this account revolves around the development of a philosophy of religion as the organization of ritual sacrifice to reclaim humanity’s lost intimacy, and it is this angle that is reflected in this quotation by the description of the transcendent potential of violence. Yet while the book is a dense exploration of the machinations of the 20th Century world’s dance to the tune of the marketplace, the film makes no such pretence. Instead, its invocations of Bataille seem almost an excuse to run with the theme of human sacrifice as social benefit without any of the supporting social analysis. So let us ask the question: if the film is meant to comment on Bataille’s belief in the power of human sacrifice, what are we to make of the fact that the victim in this film is but a simulation? Is this a critique of Bataille? A critique of pornography? A critique of desire itself? We shall never know. The film ends on a cryptic note with the last of the intertitles quoting from B. Anel-Khan’s “Théorie et practique de la magie sexuelle”: “Woman will squash the head of the malevolent serpent at the determined hour… and it is thus that the masculine Satanism must be vanquished, by the triumph of the solar verge in the mouth of the feminine Satanism.” Here you get the sense that the film is trying to lift itself out of the vulgarity of the actions depicted on screen and suggest a spiritual component, in keeping with the film’s obvious desire to claim Bataille’s love of sacrifice as its own. But the film does not achieve the level of transcendence its protagonist aspires to. 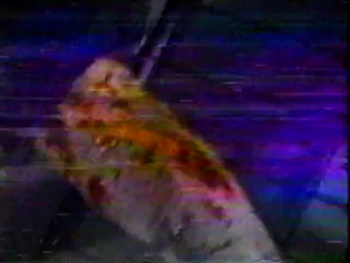 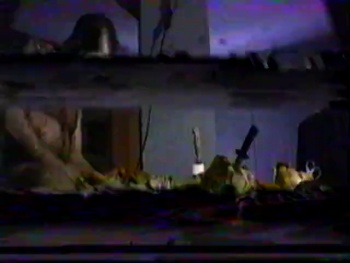 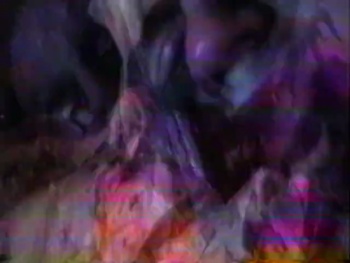 The soundtrack features various musical cues from screaming death metal and industrial noise to menacing electroacoustic drones, and these alternate with fittingly lo-fi direct-sound recording allowing us to hear the breathing and grunts of the perpetrator and the lifeless smacks and thuds of his implements upon the doll. An offscreen camera clicking stills and other recorded pornography are frequently audible in the background, suggesting that this is as much an event staged for pornographic purposes as it is an intimate view onto the madness of a single individual, lending the film the feeling of a true snuff rather than a fictionalized account. In its celebration of video distortion Théorie shares much in common with the long history of experimental film and video art that has explored the potential of medium-specific inducement to transcendental states of mind, and on this level the film works well in establishing a consistent and unrelentingly meditative tone, though not exactly a peaceful one. Look for it as the late-night title on a double-bill with Harmony Korine’s Trash Humpers.