First of, a new Un regard froid track was released on Cioran Records initial compilation La Gamme du Vide. Titled Le vide parasite les murs / Les murs dévorent le vide, this one is quite self-contained and unique in URF catalog. The opportunity, resetting up the studio at home, jumpstarted the process of recording a new album. And it is now fully recorded and mixed: Palinodie (Anticinéma).

The album is quite different in tone and intent from anything released before, shedding what I found unsatisfactory from past way of working. It is an attempt to focus my unconscious obsession on the concept of childhood and the value of human life, but also a “mise en abyme” of the creative process through the films that inspired each track. The titles are quite representative of the approach. Vocal takes a major place on this album, layered upon the classic recipe of contact mics, metal, pedals and synths. It’s a lot more structured, with progression and even chorus and verses. I don’t want to elaborate too much before release as the lyrics (in French, as usual) are the major focus. Track list:

Work has begun on visuals and the music video. It will be released digitally and as a physical object in very the near future.

At the same time, another long-term post-industrial project I was working on with a dear friend of mine was finally recorded. I don’t want to brag, and I’m very critical of my output, but this is one of the most vicious stuff I have heard in a long, long time (beside the new Sister Iodine, while very different, more on that later). I am quite eager to share this with the world.

In video art news, Eternal Craving of Neon Limbonic Climax will be screened at the 4th edition of Sadique-Master Festival in Paris. I’m quite happy to collaborate with the team again, having had the opportunity to meet them when they premiered ANA two years ago. 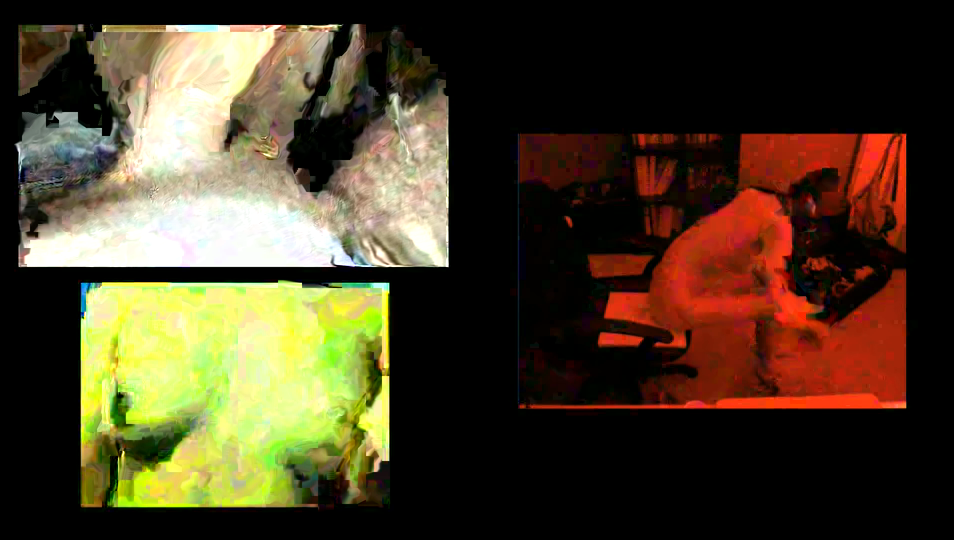 This, of course, warrants the question: Why even glitch the footage? Why not leave it as is? There is the personal pleasure of gaining technical knowledge and seeing how far we can go with this aesthetically. But if that was the only reason, it would be quite vain and uninteresting. For each of my film, glitch has a different purpose. I have already gone at length as to the whys of ANA, but here it goes beyond the “moodboard” aspect linked to the social media communities. Digitally (and also through other devices) manipulating the material which was created digitally FOR digital environments is a way for me to appropriate it and reflect on it. I need to watch the footage over and over again to really get to the core of it and extract what is needed. Drug Porn, while approaching the film as a documentary, is not about individuals, but on the media and the hive mindedness that’s created through it. Individual personalities have no role here. I want to merge them all in one texture, one thread, one global persona. Glitch enables me to put the focus on the media aspect by exposing the inherent technological flaws. It also facilitates anonymity and confidentiality of the material used: the last thing I wish is for anybody to recognise others or themselves. Glitch is also deeply embedded in the way I edit: transition, work on time, cuts, etc. It provides the hypnotic dynamism that grabs the mind of the viewer and forces him along with the ride.

Of course, all this work (not the mention all the other obligations) cut a lot of media consumption time. I had the chance to read Houellebecq’s essay on Lovecraft and Josée Yvon’s poetry collection. I rewatched a lot of made for YouTube masterpieces such has Poradnik Uśmiechu, Don’t Hug Me I’m Scared, Alantutorial and Petscop. Nothing in cinema was noteworthy, but I cannot recommend enough the new Sister Iodine album, VENOM. This is a monster of an album, vicious and sick.

Keep on riding the Kali Yuga.