It’s been a while since I had the time to play any indie games due to life being life. The long pandemic weekend gave me the chance to crush the backlog so here it goes. Not mentioned here but don’t forget Haunted PS1 2021 Demo Disc: https://hauntedps1.itch.io/demodisc2021 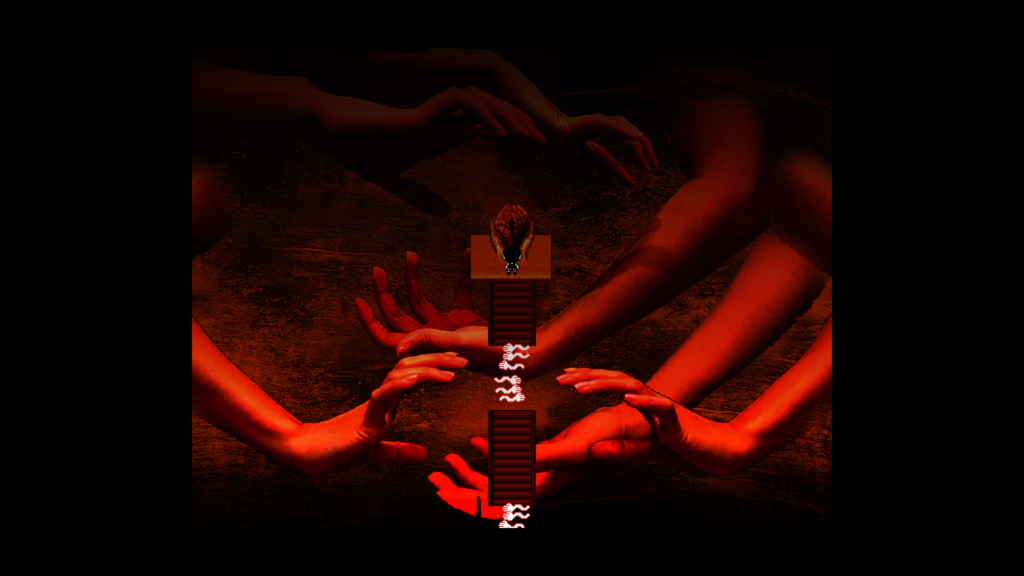 Some of us have been waiting for this title for nearly a decade. I first heard of it on Tumblr at a time where it was still a cesspool of the best visual filth on the web. Well Omori does not disappoint. It’s a LONG game for an indie JRPG – it took me more than 30 hours and I didn’t complete all the side quests. There is a lot to discover and unwrap, but certain segments really overstay their welcome, especially near the end where it feels artificially long and devoid of purposes. The fighting mechanic, based on emotion management, is interesting but I never had to really use it. BUT. Those are minor issues for what is essentially a masterpiece of stylistic cognitive dissonance. Without spoiling anything, the clash this game offer is the Giygas boss fight of Earthbound cranked up to 11. Do not be deceived by the initial cutesy feel-good ambiance (which is very well executed anyway) – this is a dark, emotionally brutal game. I quite honestly have not played anything that integrated without faults such polarly opposite design. 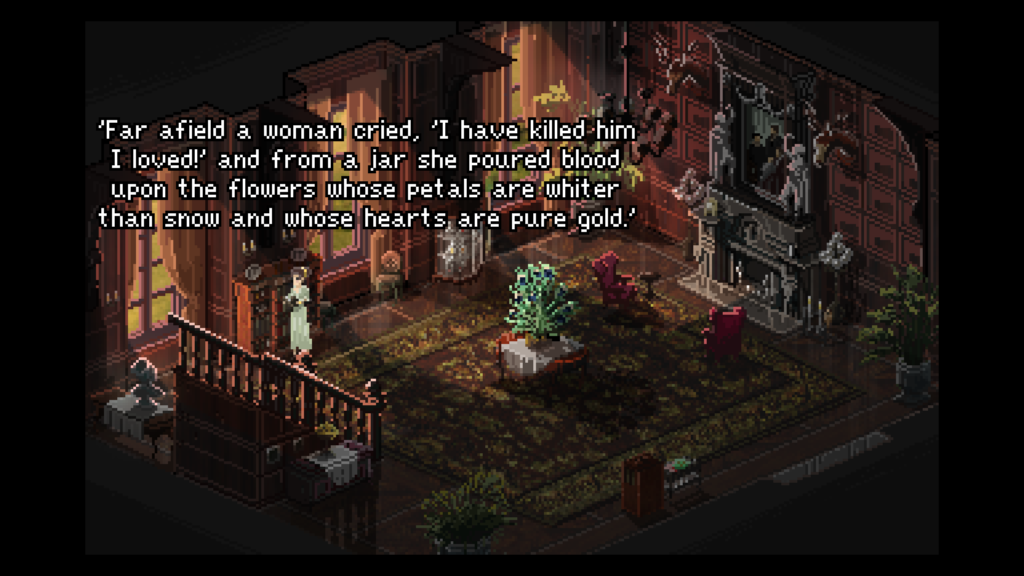 If On A Winter’s Night, Four Travelers by Laura Hunt
https://laurahunt.itch.io/if-on-a-winters-night-four-travelers

Fans of The Secret Door should absolutely throw themselves at his brilliantly written and exquisitely illustrated point and click adventure. This is a work of pure devotion, offering more than an hour of gripping storytelling and horrific sights. Extra kudos for the King in Yellow reference. 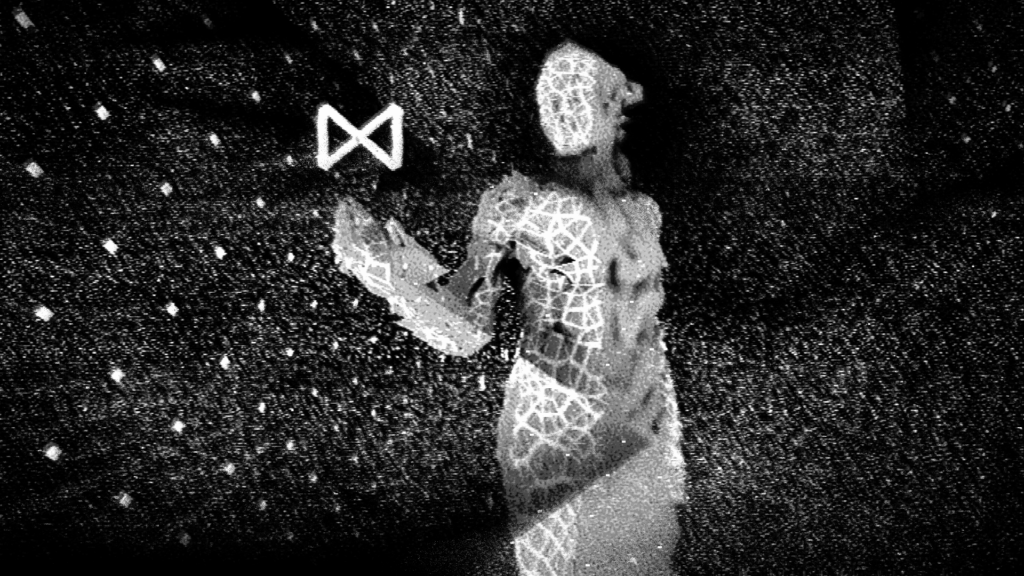 I absolutely love everything signed Colorfiction and even more when it dwells in the darker zone of its psyche. Subtler (and more cryptic) than Ode to a Moon in its terror, but more unnerving exactly because of that. 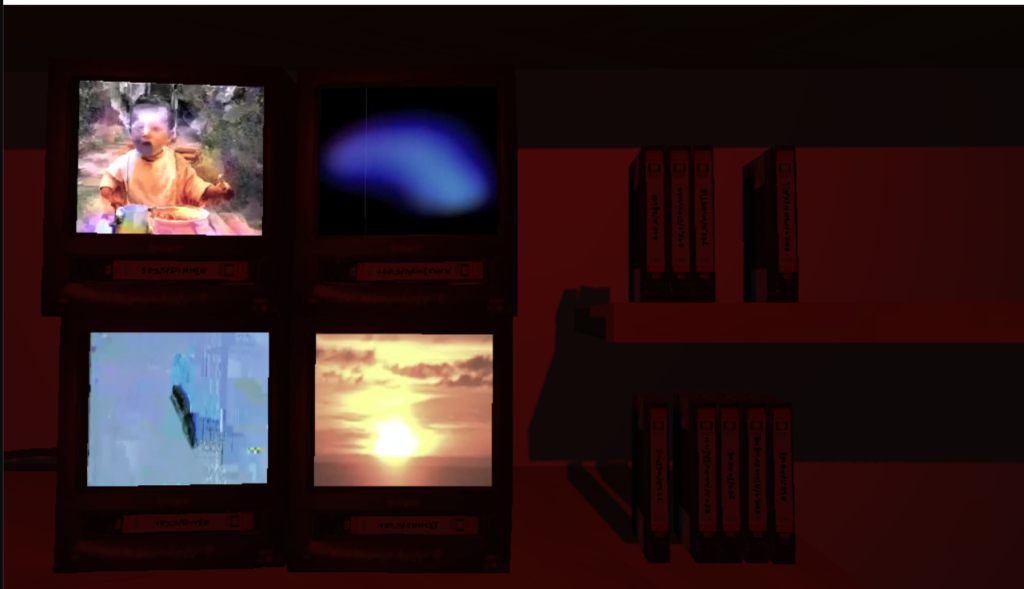 A speculation on solar flares and dying archives. I have a soft spot for glitch and interactive experience dealing with found footage and family movies and this one really takes the cake. 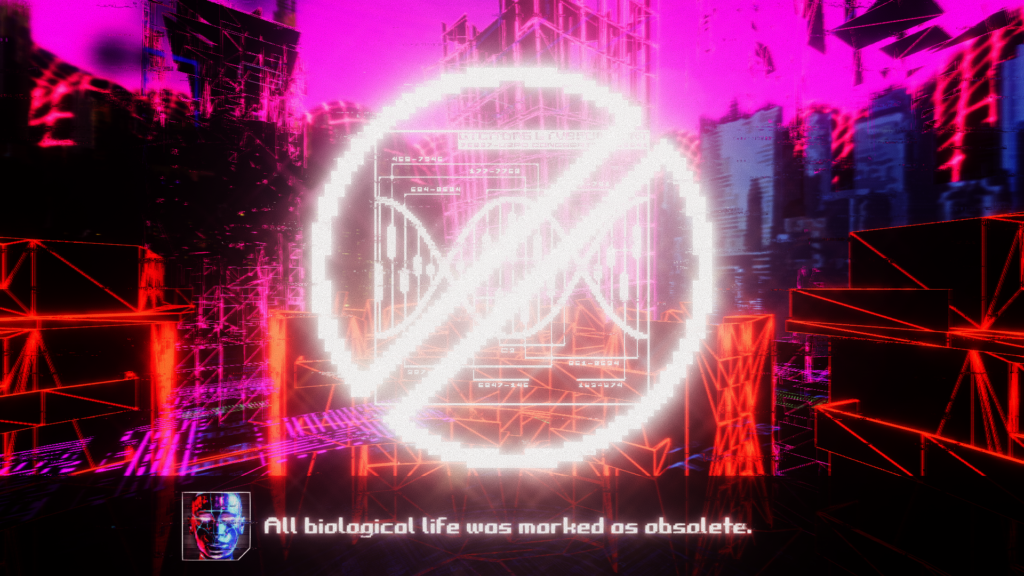 The definition of a labor of love. Ravee brand of cyberspace horror is cryptic and while visually intense, unique, and masterly designed, some of their past games ended up being extremely confusing. Not the case here. I got myself aspired by it and could not stop playing until beating it 3-4 hours later. The storyline, the care for details, the mechanics, everything is god-tier. This is an absolute must play and DON’T FORGET TO TIP. 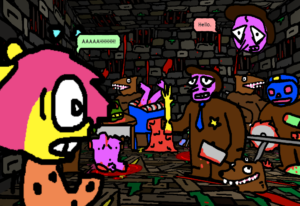 And now for something different. What does immersive theater mean? You will have to figure it on your own in this witty and surprisingly horrific game. 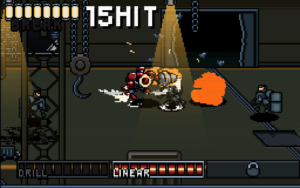 I love old school beat ‘em up, but I didn’t enjoy any recent titles of the genre. I found them all to be formulaic repetitive bore with modernized fake-pixel art approach. Enter King of the Machines. It plunged me right back in my first quarters dropped into the Aliens VS Predators arcade cabinet with a slew of moves to master and the pure visceral pleasure of destruction. Highly recommended. 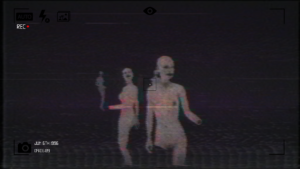 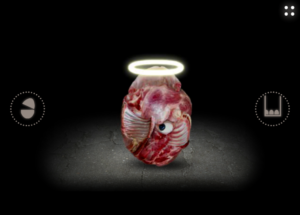 The level of creativity here is through the roof offering both cutesy charm and slight organic horror. 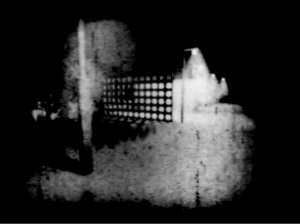 Short and efficient snort of scary with a great use of visual filters. 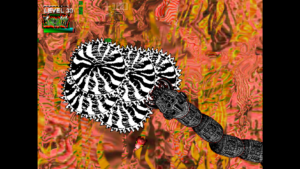 You remember Vangers? Take that and mix it with the weirdest moments of Tyrian and some of the most creative hand-drawn sci-fi ship designs I have ever seen. 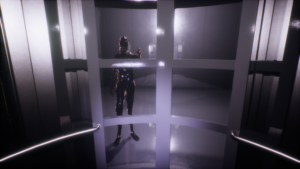 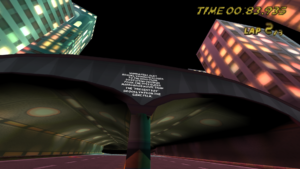 No Sidewalks in the Mushroom Kingdom by JohnLee Cooper
https://ergman.itch.io/no-sidewalks-in-the-mushroom-kingdom

Get lost on Moonview Highway and explore the hidden politics behind the Mushroom Kingdom. Even though I have not played a Mario Kart game since N64, this thougth-provoking piece about video game space really got to me. 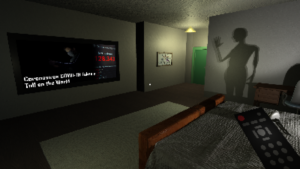 All the ingredients of the usual bore of “serial killer in a P.T. looping environment” skewed with a unique twist of spacetime fuckery. Well played. 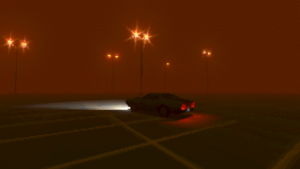 The kind of gentle mood piece you can get lost in for hours. A potential cure for existential angst. 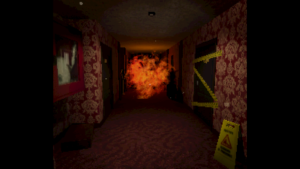 You must appreciate a game which manages to creep you while also being dumb as hell. 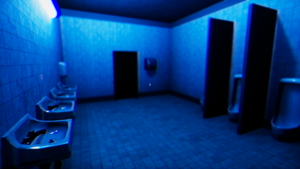 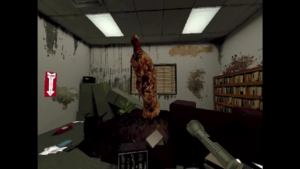 Mixes the Backrooms with the inherent horror of cubicles in the best possible way.

Yakuza: Like A Dragon was an absolute blast. The last Yakuza game I played was the Zombie spin-off and I lost interest for the franchise after that. I usually avoid big budget JRPG but the extravagant trailers pulled me in and 40 hours later I fell in love with the new protagonist and his outcast companions. While not fully ditching the corny “sternness” of Kazuma Kiryu Y:LAD is hilarious and constantly amazes by pushing the envelopes (especially with the Poundmates). Only flaw is the mandatory grinding elements, especially concerning cash.

I had Metal Wolf Chaos XD in my backlog for a while and finally took the time to dig in. Quite interesting to discover the origin of From Software, but even the crazy plot about a Mech-Riding POTUS on a transamerican liberation rampage can’t help the fact it becomes a grindfest with long missions devoid of save points. The difficulty level is manageable, but the need to constantly repeat missions to grind better weapons quickly become a chore. In that sense, we can see the continuity with their recent titles. Fun initially but couldn’t muster the will to “git gud” (unlike Bloodborne).