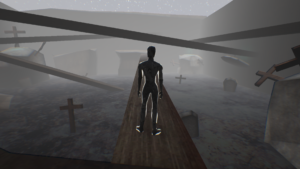 Atmospheric platformer where you explore a cryptic lo-poly limbo. Relaxing like a stroll through a mist of ash. 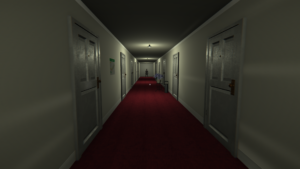 This is the official “Bambi Meets Godzilla” of video games. To say more would spoil the surprise. 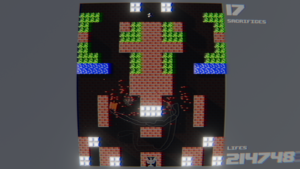 A great example of nostalgia-based glitch horror, a mechanic I especially enjoy. As a fan of Battle City (I played the hell outta of it as a kid), this one especially strikes home.

This short horror/sci-fi experience is packed with great ideas. Can’t wait to discover more from this promising dev.

I can’t get enough of vaporwave-ish dreamscape (or hellscape?). A compact little world worth your time between two sips of Arizona ice tea. 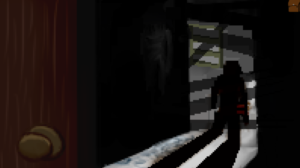 Short point and click horror adventure with amazing pixel art. I played Shiver before this which I thoroughly enjoyed and this previous title really shows a path of mastery of the genre between the two games. 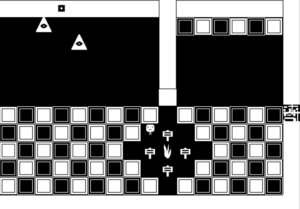 This game is cursed. Don’t play it. 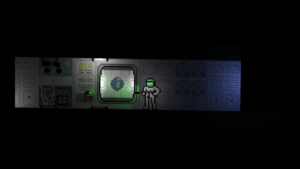 A follow-up to 10-103, this one really sets the bar higher with an excellent sense of details and witty inclusions of SCP lore. Nerdspartan singular retro 2D aesthetic initially reminds of early sidescrollers like Commander Keen or Duke Nukem, but distort it with survival horror-ish controls and a talent for grotesque creature design.

My Daughter Is A Cultist by Virtua Worlds – https://virtuaworlds.itch.io/my-daughter-is-a-cultist

Tentacles. Weird take on Japanese folklore. Fluids.  What’s not to like? 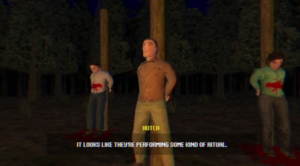 By the numbers cult in the wood FPS and sometimes that’s all you need. Pure concentrated sleazy b-movie fun.

I also recently finished Ghost of Tsushima which marks the end of my relationship with my PS4 (except as a PAL DVD player). The game is excellent for an open world supplies-gathering hack&slash, and also one of the most technically impressive titles of that generation. It was of course way too long, but melancholia (and the variety of ways to brutally dispose of the opposition) helped me go through it – also the haikus (which were the best part imo).  I don’t intend to upgrade to the PS5 anytime soon. While this generation brought some evolution in the AAA industry through Souls-game and a few strange experiments like Death Stranding, it also generated putrid monetization schemes and repetitive copy-paste open-world collectibles purgatories (Ubisoft being the prime culprit here). As we see the explosion of the solo game developers as Wagnerian artists and its exciting underground trends, I believe the little time we should invest in that media must be used to support this living, breathing resistance to industrial production.