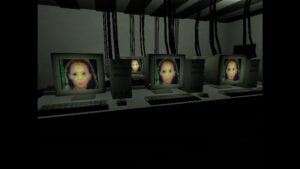 What initially feels like a homage to Oleander Garden splendid hostile-user design slowly builds into its own aesthetic with brilliant artefact-triggered poetry and mysterious sordid locations. A highly recommended, top-tier walking simulator. 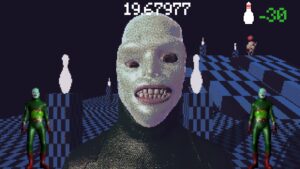 Who else but M dot Strange could outcrazy Paranoiascape through bowling? 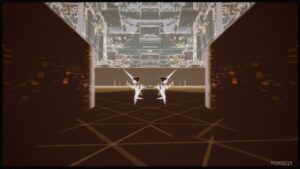 Probably the most relevant divination we can get while surviving the technodystopic plaguescape. 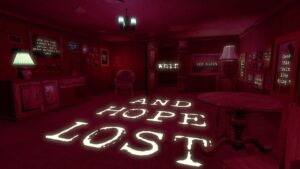 One last PT nightmare before ending the year, and a very competent one at that. It’s an inspiring approach to communicate terrifying prose through architecture. 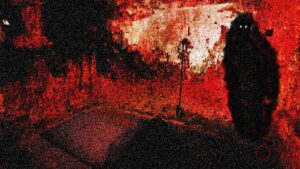 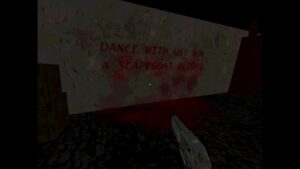 The unique immersive simulation of Eventide Sigil is here expanded into a complex and entrancing experience reminiscent of White Wolf’s World of Darkness (as inferred from the Wraith poster). Exploring all the nook and crannies of this Torontian occult war zone is extremely pleasurable, almost as much as triggering a massive bloodbath by unleashing ghouls in a food court. 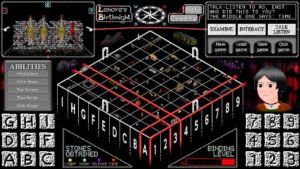 You can count on AP to create games as weird as they are unique. The Populous-inspired map is chock-full of cryptic and gloomy lore of a world corrupted by strange entities. The writing is incredible and makes the piecing together of the different events and names (hint: it’s required, just like you must name a demon to bound it) a true pleasure. 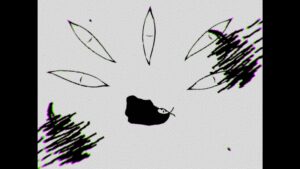 Amazing prototype of a world and gameplay definitely deserving to be extended. Great writing, striking aesthetic and a horror twist I didn’t see coming. 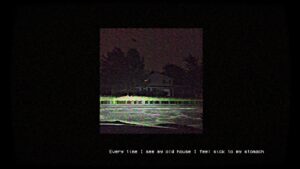 It was a matter of time before the darling of analogue horror had an interactive interpretation – and it totally works (even better than the YouTube tropes of the genre which are overused to death). Anxiety to the max. 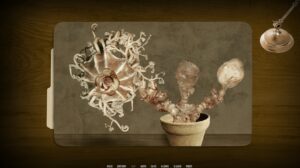 An incredibly well-made visual novel of speculative botanic horror. Visually stunning and a brilliant, complex, plot. The fact this was made for a game jam is all the more impressive. 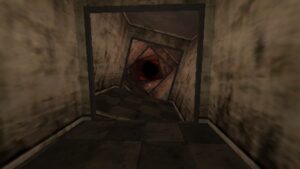 There’s a whole trend of art galleries-based horror that really deserves to be studied. The parody of academic jargon made be chuckle quite a bit, but some convincing devilry also lies in there. An interesting experience. 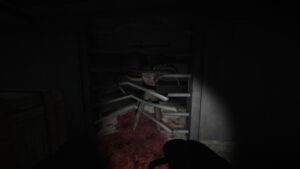 Well, the game disappeared, but at least it seems like The Minusel career is not over so this is something to celebrate. 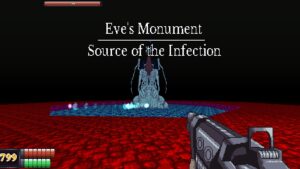 Take note: this is how a FPS metroidvania should be made. Putrid aesthetic inspired by Polish nightmarish fine arts, awesome music, visceral weaponry and various locales to desecrate all combines to make one jawbreaking experience. 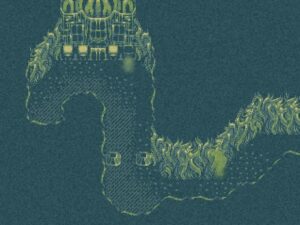 I’m late to the party by discovering the games of Ada Rook- a musician I highly respect. Crushing, melancholic, sober, the interactive journey of Wire Wood Daughter fully complement the voiceover narrative. Can’t wait to explore the other experiences.

I had the need to let off steam through hyperkinetic ballistic violence. Started with The Hong Kong Massacre which is a subpar Hotline Miami in a way, but also a satisfying arcade-ish top-down Max Payne. The guns really have a kick to them and the digital squibs have nothing to envy of its bullet ballet cinematographic source. This was followed up by the Quake remaster. What a master class in level design, some of the maps are still unrivalled. The NIN soundtrack did not age at all, the whispering ambient track remains as unnerving as it was in my memory.