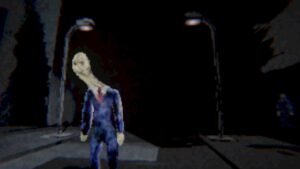 Game mechanics in perfect cohesion with a rhetoric of technocapitalist alienation and constant estrangement from immediate reality. Also an amazing aesthetic feat with mindbending visual and soundscape. 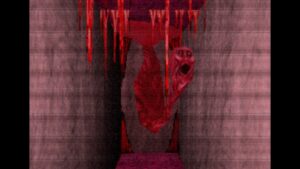 They Speak From the Abyss Teaser Demo by Nikki Kalpa—https://thefifthkalpa.itch.io/they-speak-from-the-abyss-teaser-demo

Look forward for the release of this title and offer full support. This promises to be the horrid fusion of Saturn’s Baroque and Dennou Eizou Seisakusho masterpieces. Everything in this demo is on point and, strangely, relatable? 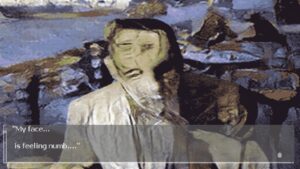 Pixelated metabolic creepiness of the highest order. 5 pulsating organs out of 5. 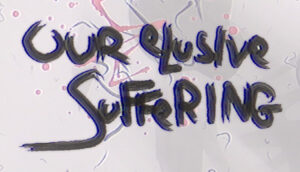 Our Elusive Suffering by Screenshakes—https://store.steampowered.com/app/1837980/Our_Elusive_Suffering/

Hard as a sledgehammer between your jaw, and as unpalatable in its difficulty. Pure manifestation of cryptic noise as game design. As mentioned in the description: “Nothing will be explained. Nothing will be given”. But in that pain lies also maybe one of the best representations of Lovecraftian phenomenological dissociation. 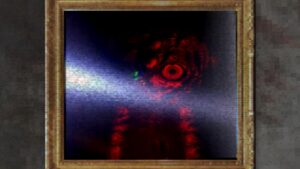 Let’s just say this is an APB on all content warnings. You’ll know if it’s for you or not, and if you will dig and return continually trying to decipher what’s hiding being this monstrosity. 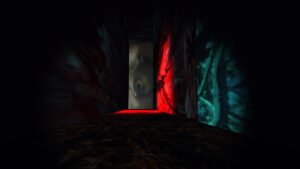 The Forest of Noise by Mared Jurphy—https://maredjurphy.itch.io/tfon

Joseph Nechvatal in his book Immersion into Noise mentions the labyrinth is architecturally the closest representation of the vertigo produces by noise. This game exemplifies that concept. 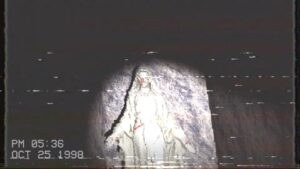 Our Lady of Sorrow by ToothandClaw—https://toothandclaw.itch.io/our-lady-of-sorrow

Found footage FPS horror games has been done to death. But this one really pulled me in and I’m glad I took a chance. Amazing stuff. A little on the nose, but well-made with unforeseen twists. 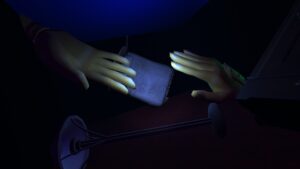 Imagine you’re food poisoned, sleep deprived, Covid-fevered and microdosing all at the same time. That would be the perfect state to experience that Titanic’s sequel we all deserved but never got, until now. 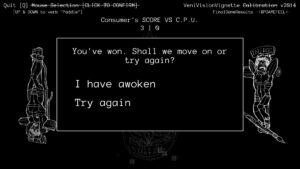 Grabbed this through the Ukraine bundle on Itch.io. $20 is a little steep but this is probably the best FMV game in existence. Extra relevant if you ever dealt with film school bullshit. 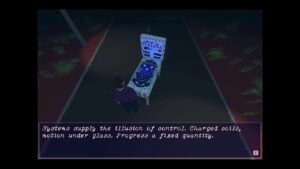 I don’t think I’ve walked this stretch of road before by hexcavator—https://store.steampowered.com/app/1874200/I_dont_think_Ive_walked_this_stretch_of_road_before/

I really enjoy gameplay where movement, not unlike Similar to Press W to Move Forward above, leads to plot progression. And the plot here is quite unique and touching, leaving much to interpretation. While wearing its inspiration on its sleeves, this game is a labour of love, with small but evocative details. 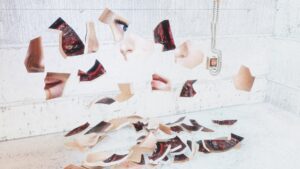 Facial Jigsore Quandary. Carcass reference aside, this is a really fascinating experience in which I was fully absorbed. If a puzzle is useless in itself, does it become useful if you remove all possibility of accepted completion? 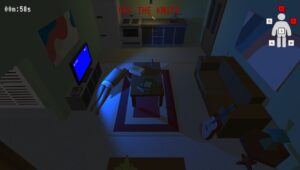 The Man Man by corpsepile—https://corpsepile.itch.io/the-man-man

First of, I’m impressed by the level of complexity of this game, being it’s a browser game. Then, in the usual corpsepile fashion, I’m impressed by how hysterically effective it is. You owe it to yourself to speedrun it. 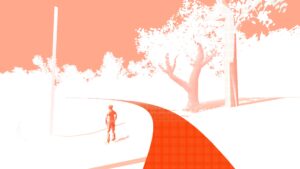 There are people in the park by Kalonica—https://kalonica.itch.io/there-are-people-in-the-park

It’s beautiful as it is simple. All you need to know is in the title.

Postal Redux—I received the original one for Christmas and I had an absolute blast—especially with cheat codes and infinite Bouncing Betty Mine. Nostalgia and a need to vent pushed me to buy this version and honestly, it did age pretty well. The hand-drawn backgrounds are still impressive and playing hard difficulty is quite a challenge, requiring strategy and planning.

Gynoug—Also known as Wings of Wor. Another nostalgia trip for the Switch during a weekend away. This is my origin love story for messed up biohorror Japanese doujin schmups like Galshell. Still as good, as hard, and with horrific bosses.

Ghostwire: Tokyo— This first 3 hours of this game, discovering an incredible rendition of Shinjuku and fighting various entities from Japanese lore with spells are a total blast. The fan of j-horror and jiangshi movies in me was absolutely seduced, especially through the trippy glitch effects and architectural impossible spaces you have to explore. Then it becomes a Ubisoft collectathon which, in itself, isn’t entirely bad. What is, is the fact no upgrades seem to have any impact on your spell-casting. I never felt my character was getting stronger, which leads to just skipping all the side-quests and activities. Which is a shame, considering some of the most mind-melting moments are in the side quests. Lots of wasted possibilities, as usual nowadays with AAA games.