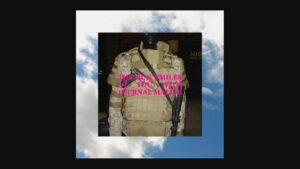 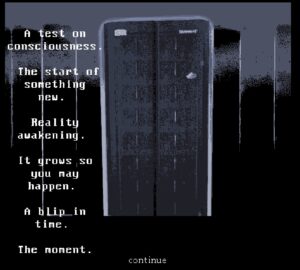 Exquisite sound design and a strong attempt to represent the limits of thought. 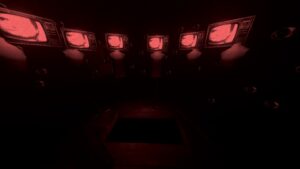 The Floor is Breathing by Totally Fungal – https://totally-fungal.itch.io/the-floor-is-breathing

A great domestic fright experience (something I tend to avoid recently) with surprising aesthetic choices blended with the best elements of analogue horror. 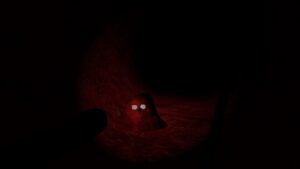 To affirm this is derivative would be an understatement, but this game as its own charm with extremely efficient architectural  monstrosity design and delicious jumpscares, another thing I hate unless it’s totally grotesque – and it nails it. 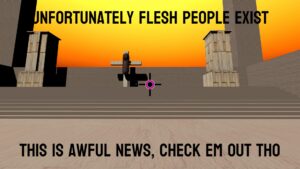 It’s a flesh game. You are flesh. You can’t escape it yet. Maybe later. In the meantime, this will help. 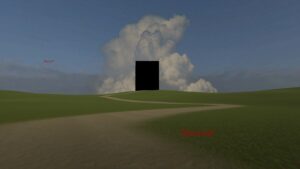 A great entry in the Liminal Space Jam, pushing the concept of impossible spaces and architectural break to its limit while maintaining a strong sense of dread and melancholy. 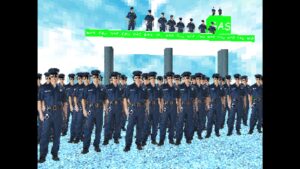 How To Rob a Gas Station by POtO Software – https://poto-software.itch.io/how-to-rob-a-gas-station

I’m a sucker for jank games when they marinate in antisocial absurdity. I had rib-cracking laughs at least twice. 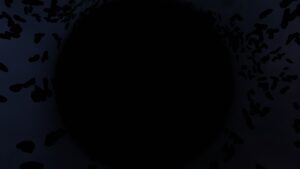 Noise as time contraction, glaciated in fractal negaspace. Loved it. 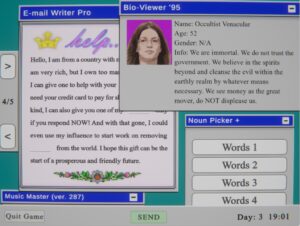 Brilliant take on Windows XP aesthetic. Hypnospace Outlaw with a mean streak. The endings for each of the email scam victims are particularly effective schadenfreude-wise. 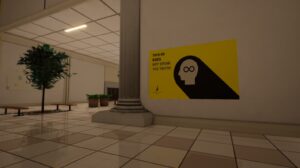 What begins as a vaporwavish shopping mall walking simulator twists into a psychoanalytical interactive essay about identity and existential crisis. Whatever your preference, both are brilliantly executed. 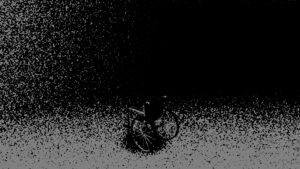 If the description is right and this was created in 2012, it’s one of the most important games made last decade in terms of perceptual bondage and abstract ambiance. I urge you to drop in. 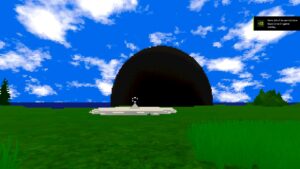 A Comfy Place by 5uma0 – https://sumao.itch.io/a-comfy-place 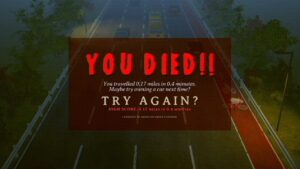 Extremely realistic simulator. As somebody who rides a bike often to go to work, I really hoped I could get the little guy to its destination. But the world is cruel and so is this game for your hands. 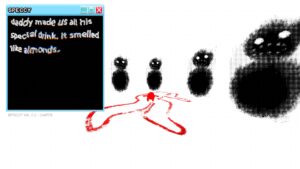 It took me several attempts to figure out what the hell I was supposed to do. And I’m glad I chose to persevere, because this is an amazing creation. Liminal space exploration/MMORPG/Harsh critic of the game industry/Perversion of the nuclear family all at once. Amazing design. 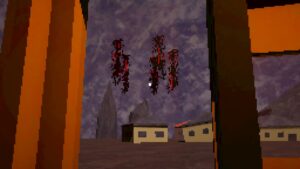 Eastward – I couldn’t say no a mix between Earthbound aesthetic and Legend of Zelda action. Also the roguelite jrpg minigame is amazing in itself. The plot is extremely convoluted – that I didn’t care too much. But this is a long game, about 30 hours, and there are lots of dead zones and useless repetitions that could have been removed to help the pacing. All in all, a strong, wholesome and often terrifying take on the current sixth mass extinction.

Cruelty Squad – I had already written about the beta. Decided to plunge back in this accelerationist heaven for my current doctoral research. Reaching the third and final ending brought me to my knees. There’s so much to unpack it’s dizzying. As soon as I can, I will write something long form. Without exaggeration, it’s the most important game I ever played.

Katana Zero – I really needed a fix of Hotline Miami but with a different flavour. This totally hit the spot. Aside from some boring stealth mission (HM had them too), this is hyperkinetic proto-VHS ultraviolence at its best. 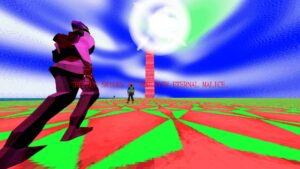